Grades in Germany are based on a linear grading scale from 1.0 to 6.0. The German Grading Calculator can convert grades from the traditional A to F United States grading system to the German grading system.

The US uses a letter-grading system that ranges from 1.0 to 4.0 with an option for a plus or minus on top of that.

But the German grading system is more complicated than the American grading system. The US system resembles somewhat of a percentage or points-based system with 1.0 being an utterly failing grade and 6 being outstanding results.

In order to help the students out who may be going between these two systems, we have our German Grade Calculator. This calculator is also famous for the term Grade Conversion Using the Bavarian Formula.

How to Convert German Grades in a Simple & Effective Way?

German grades are a system of assigning values to students’ work at the educational institution. This system also evaluates the grading of students’ performance at universities.

The German grade system is based on a scale of 1 to 6, with 1 being the best grade and 6 being the worst.

What is a German Grade?

A German grade is a system of letter grades are using in European schools including Germany. This grading system usually translates to an American grade system, although the translation may vary from school to school.

The most common grading scale for German academic institutes is as follows:

German Grading System at a Glance

The German grading system uses the “Bavarian Formula“. It calculates the average score. This Bavarian Formula was invented in 1975. It stands for Durchschnitt, Höchstpunkte, Mindestpunkte, and Corresponding GPA.

This formula is also calculates a student’s grade based on their GPAs in the US, Canada, Australia, New Zealand and England.

How to convert CGPA to German Grading Scale?

It is actually not hard at all. You have to put your acquired CGPA in the calculator box. Our German Grade Calculator will calculate it automatically. Say for example if you achieved 3.45 in your graduation out of 4.00 then your German grade would be 1.73 which is ‘gut’.

What is my GPA in Germany?

Are Grades Important in Germany?

Sometimes yes sometimes not! Your grades actually aren’t too much matter if you have some sort of skills to solve the problems. If you have done some projects and taken subjects in a similar field you are applying for then you are good to go in Germany.

What is a High GPA in Germany?

What is a Good Grade for a Master in Germany?

What is Bavarian formula?

It is popularly known as the so-called Modified Bavarian Formula. This formula means a possible score to be obtained at your University minus the lowest passing grade at your University. Then multiply the result by three and add 1.

How do I Convert My Grades to ECTS?

How do you calculate ECTS? Very easy! To calculate your ECTS in a particular subject, Add up your credit hours for the subject in 1 week, then multiply it will the total weeks for the subject. Finally, Divide it by 30 (1 ECTS = 30hrs). That will be your total ECTS in the subject. You can use our ECTS Calculator for that.

What is a Failing Grade in Germany?

The Grading Scale at German Universities is a bit complicated since you are not from the German academic system. In Germany, a 5.0 grading scale is used at universities to evaluate students. The scale goes from 1.0 to 6.0. The grades 5.0 and 6.0 are considered failing grades!

Converting German Grades to American Grades (Ausgezeichnete Note to an A+)

In order to convert German grades to American grades, you need to know what the equivalent is. For example, a Note 1.0 in Germany is equivalent to a ‘C’ in the US (America).

In the US, grades are given from A+ to F. In Europe, the scale ranges from 1.0 to 6.0 (1 being the best). That’s why the conversion between these two systems is not always straightforward.

By Place of Study

By Field of Study

By Level of Study 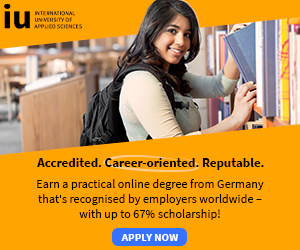 Made with ❤ in Germany || DigBazar GmbH